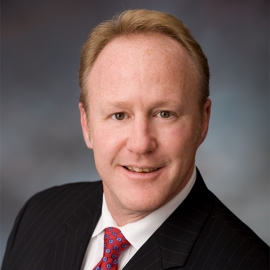 H. Ross Ford, president and CEO of TCN Worldwide, is pleased to announce this year’s TCN Worldwide Board of Directors. Timothy Mitchell, President of Norris & Stevens/TCN Worldwide in Portland, will serve as Treasurer.

“We are very pleased to announce Timothy Mitchell as a TCN Worldwide Board Member,” stated H. Ross Ford.  “Tim is a recognized leader in the commercial real estate industry and Norris & Stevens has been a member of TCN Worldwide since 1991. Tim has spent the majority of his professional career in commercial real estate, with over 30 years of industry success. We welcome Tim to the role of Treasurer and look forward to his continued contribution to our organization.”

Mr. Mitchell has been with Norris & Stevens since July of 2010. He spent his first three-and-a-half years at Norris & Stevens as the company’s Senior Vice President, Director of Sales & Leasing, overseeing a 92% increase in brokerage revenues and was promoted to the role of President in March of 2013.

Prior to joining Norris & Stevens, Tim was at Harsch Investment Properties, LLC in the position of Senior Vice President, Acquisitions overseeing Harsch’s acquisition and disposition operations on the west coast. During Tim’s 10 year tenure, he completed over 150 acquisition and disposition transactions totaling nearly $2 Billion encompassing all investment product types including office, retail, industrial, R&D, multi-family, hotels and development land.  Tim has a B.S. in Marketing from the University of Utah (’86) and played Quarterback for the Ute football team.

The 2021 TCN Worldwide Board of Directors include: